1. Dynamics of the actin cytoskeleton in Dictyostelium
In order to analyze the dynamics of the actin filament system cells, we express fluorescent fusion proteins as specific probes for the actin cytoskeletonin Dictyostelium and use different microscopic techniques to explore these cells. We also investigate different actin regulators like for instance the actin-binding proteins coronin and Aip1 (actin-interacting protein 1). We have characterized the in vivo functions of these two regulators, and have shown that coronin and Aip1 are important for maintaining the balance of actin filament dynamics and the spatiotemporal control of actin turnover. Furthermore, we are interested in the functional characterization of nuclear actin-related proteins (Arps) and actin variants.

2. Regulation of cytokinesis in Dictyostelium
Cell division is a well-coordinated process that involves mitosis bringing about division of the genetic material, followed by cleavage of the cell body. Our work aims at a more detailed understanding of these processes in particular the role of the cytoskeleton and the regulatory components. We have identified several actin-binding proteins that are contributing to proper cytokinesis. In addition, we have described a SIN (septation initiation network)-homologous pathway which is involved in cytokinesis in Dictyostelium.

3. Fluorescent probes for live cell imaging studies in Dictyostelium
The introduction of fluorescent proteins as molecular tags has opened a wide field of applications in order to monitor the location, redistribution, and movement of proteins in living cells. GFP and its variants can be fused to many proteins without altering their intrinsic functions. Over the past years, we have developed a number of different probes that are suitable for live cell imaging studies.

4. Cytoskeletal dynamics in migrating leukocytes and Dictyostelium amoebae
Directed migration of leukocytes or Dictyostelium amoebae requires a finely tuned organization of the cytoskeleton. To analyze this in more detail, we exploit the wealth of data available from Dictyostelium mutants to understand the motile behavior of leukocytes at the cell biological, biochemical and structural level. The focus is on filamins and formins, two important protein classes in the actin system, and their roles in both amoebae and leukocytes. Filamins and formins are major players especially in leukocyte motility, chemotactic movement, cell polarity, cell spreading and adhesion. In particular, we are interested in filamin and formin binding partners and the analysis of inter-cytoskeletal interactions (e.g. filamin/actin/vimentin, formin/actin/microtubules) in leukocytes. Furthermore, we employ different types of microfluidic devices for the detailed analysis of directed cell migration of Dictyostelium amoebae and leukocytes under different conditions. (Supported by SFB 914; Project A7 together with Michael Schleicher) 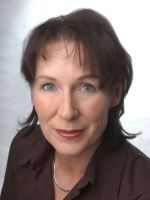